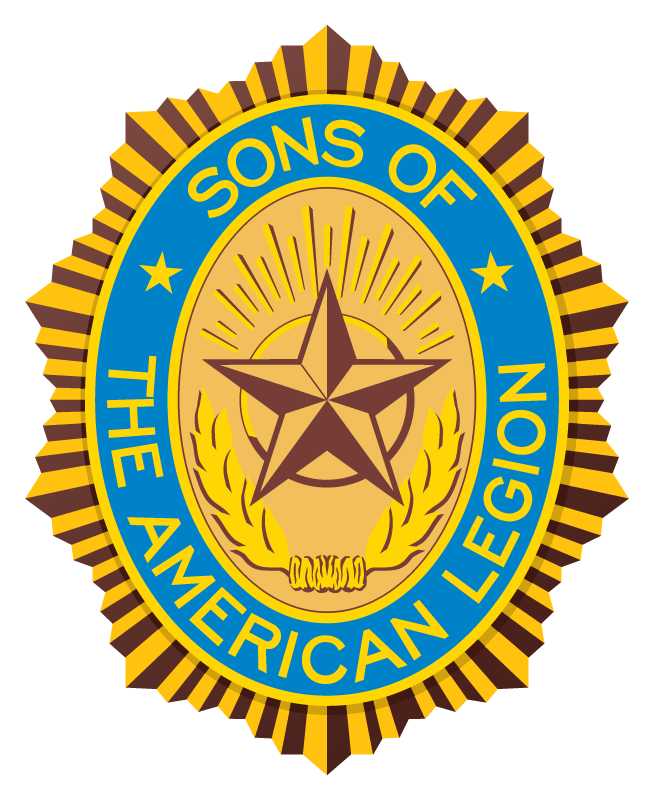 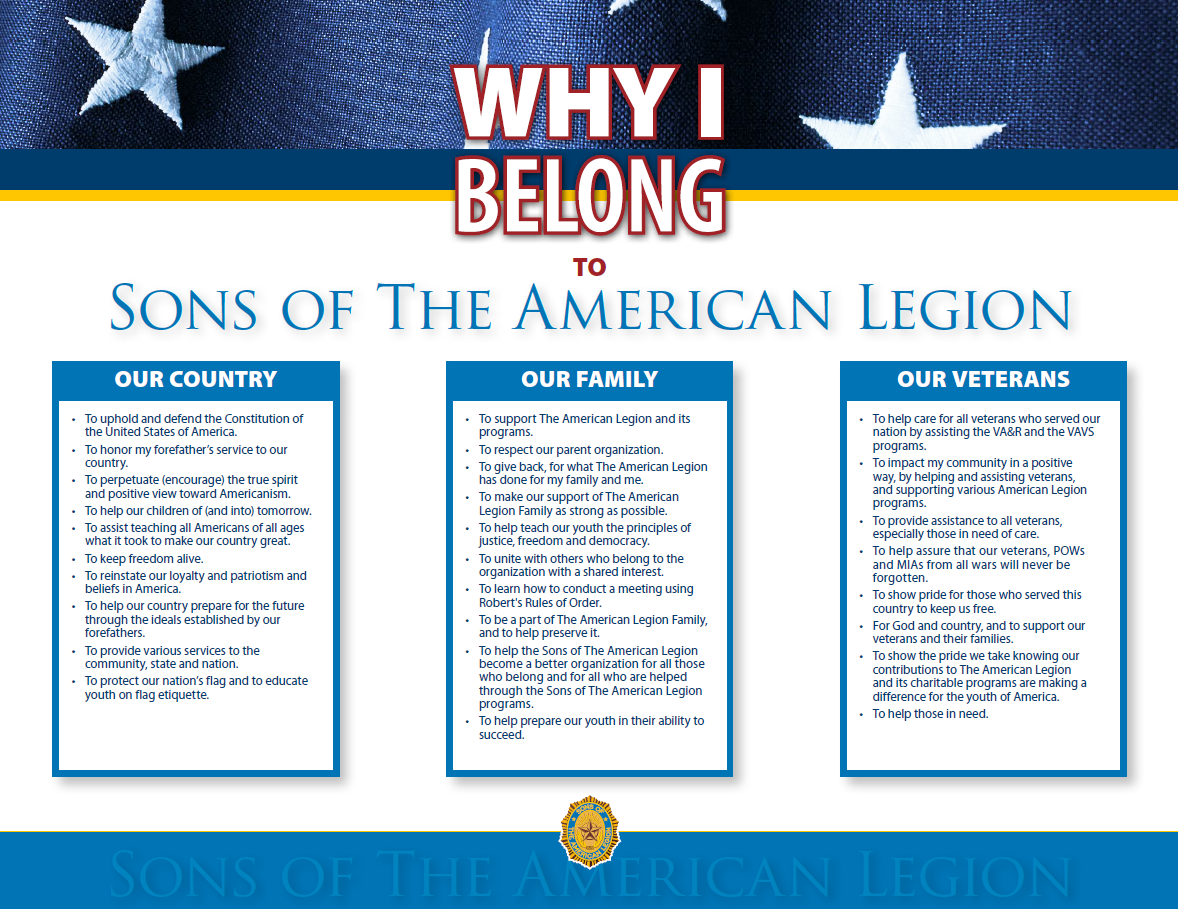 Our Family boasts a combined total membership of nearly 4.2 million members. This year, Sons attained an all time high national membership of over 325,000. Just as each Legion post determines the extent of its service to the community, state and nation, each S.A.L. squadron is permitted flexibility in planning programs and activities to meet its own needs.

Sons focus on much more than just membership. At all levels, Sons support The American Legion in promoting a wide variety of programs. Sons assist their posts in other activities such as Veterans programs, Veterans Administration home and hospital volunteerism, Children Youth projects and fundraising.

In just the past 10 years, Sons have raised more than $1 million for The American Legion Child Welfare Foundation. Members volunteered over 223,900 hours in 2007 in Veterans Hospitals throughout the country and raised over $915,688 that has gone directly to VA hospitals and VA homes for a variety of items including TVs, radios, medical equipment and clothing for the patients.

We also assist in Post maintenance and interion design and implimentation.

Preamble to the S.A.L. National Constitution

Proud possessors of a priceless heritage, we male descendants of Veterans of the Great Wars, associate ourselves together as "Sons of The American Legion" for the following purposes:  To uphold and defend the Constitution of the United States of America; to maintain law and order; to foster and perpetuate a true spirit of Americanism; to preserve the memories of our former members and the associations of our members and our forefathers in the Great Wars; to inculcate a sense of individual obligation to the community, state and nation; to combat the autocracy of both the classes and masses; to make right the master of might; to promote peace and good will on earth; to safeguard and transmit to posterity the principles of justice, freedom and democracy; to consecrate and sanctify our friendship by our devotion to mutual helpfulness; to adopt in letter and spirit all of the great principles for which The American Legion stands; and to assist in carrying on for God and Country.